You are here : Home / all mahiti / HoneyTrap - crime

One method used in the crime - HoneyTrap 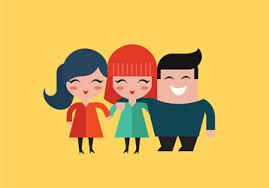 In the case of Jayanti Bhanushali murder case and earlier in the case of the crime, police have not arrested a woman named Chandela Vapi's Manisha Goswami, whether the police has arrested them. But the leaders of the political parties are keeping a close bond with journalists and political leaders while trying to get rid of the huge amount of money trapped in their nets and these same mods are being circulated by operandi for many crores of rupees.

Manisha Goswami, who lives with her husband and two children in the luxurious flat on the Copernic Road in Vapi, lived in Vithan village of Abdasa in Kutch before and Jayanti Bhanushali was active in politics. Manisha Abadasa was in the women's front. And he used to often hear the responsibility of collecting women in political programs.

In the meantime, he also realized the strength of the media and after that, he also had his friendship with Vapi's Valsad journalist. And once again, it was the agility of the party to be active in the political party. He also made preparations to contest in the Vapi municipality.

In which political leaders aware of their practice chose to stay away from them, they could not contest. Manisha Environment and Pollution Some businessmen of Vapi also threatened to scare a large amount. On the other hand, he developed relations with Jayantibhai in Kutch and joined the farm and dairy farm business in Kutch and after that, he said that women are providing their identity with political leaders and providing them women with pleasure.

For this, two other women from Vapi were involved with Manisha and before the complaint of gangrape against nephew of Jayantibhai Bhanushali, another political leader of Kachchh, along with Vapi-Surat's businessman, also broke a large amount threatening to viral the video, along with the journalist, along with the journalist. Even sources are being believed. In addition to the sources, Manisha and her gang have trapped many such people in their trap. But the society is not ready to say anything about this.

Manisha was blackmailing not only political leaders, but also by reputable merchants by shooting her video of Kamalila and trying to seduce her. For this, like in the name of a journalist in Kutch, Vapi Valsad also got some millions of rupees from the journalists.

Manisha, along with the journalist, kept Kamlila's video recording in the newspapers, threatening to show up on the channel or giving a huge amount of scared to the political leaders or businessmen in Kamlila. And if he did not do it, he would have been partying in the midst of other political activists, and the same mods operandi believed he had trapped many people in the state.